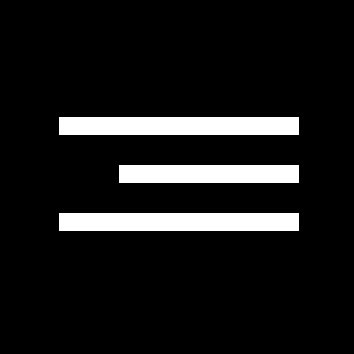 The stock 3000GT fuel injectors for the 3000GT VR4 or Dodge Stealth R/T Turbo are rather undersized for the potential of the car and are one of the first things that owners upgrade once they get beyond basic bolt-ons.

The stock injectors are an EV1 style design and are 360cc low impedance injectors. With the brake specific fuel consumption of the Turbo 6G72, injectors in 3/S cars will make close to 1 AWHP per CC @ race gas AFR’s, such as 12:1 and a little less running safe pump gas ratios, such as 11:1. The stock fuel mapping is setup for about 10.5:1 under heavy load and boost.

In practice once you begin to get over the 300AWHP mark it is a good idea to start looking at larger injectors, but first you will need to choice your tuning method as just installing larger injectors on a stock ECU car will make the car run very rich and provide no benefit as you will still hit fuel cut as the ECU perceives load to be near 100% injector duty cycle. This will typically happen as you exceed 15 PSI of boost near redline.

E85 is a wonderful, pump, high octane and high boost capable fuel. We run it in our shop car. One of the issues with it is it requires approximately 40% more fuel due to its stoichiometric ratio being 9.7:1 instead of 14.7:1. Therefore you should plan your injectors being 35-40% larger than if you were going to run gasoline.

For a 100% stock ecu your only real option is to use an airflow signal modifying device, such as a MAFT or a SAFC. These devices trick the ECU into seeing less load, but since your fuel injectors are flowing more the net effect is you have a tunable AFR and the ECU will not see fuel cut. For a simple example if you are running 720CC injectors you will remove 50% from the airflow signal.

Consequences of Changing the Airflow Signal

As you can see in the above map the timing is fairly flat above 160 load, which is about when the stock ecu starts getting up over 5-6 PSI of boost. If the ECU perceives less load than this it will add a lot of timing advance. Since you are reducing the airflow signal using a piggyback the ECU thinks the load is less and therefore its important to not run overly large injectors if you are not making a lot of power.

If you intend to run pump gasoline at any time it would be wise to not exceed 720-750cc injectors. 1000cc injectors are more suitable if you intend to make around 600AWHP on E85, but on  Gasoline you will need more than one piggyback device as many will not remove more than 50% fueling and you are modifying the airflow signal so much that you are likely to have excessive timing, especially at part throttle.

If you intend to ONLY run pump gasoline (no methanol) then you will likely want to target an injector in the 550-600CC range for best performance.

Once you are running a standalone such as the AEM or a Chrome ECU you no longer have to “lie” to the ECU using an airflow modifying device and you can directly edit the fueling or injector size. With a quality high impedance injector you can now run any practical injector, including up to 2150cc for all but the biggest setups out there.

If you are running somewhat older technology injectors that are low impedance you may still want to stick to 1000CC or less or you may have issues holding a stoic idle on gasoline as their low pulse width response may be non-linear.

The stock wiring also allows for significant voltage drop to the pump, so running a heavy duty power supply from the battery using  some 8 gauge wire and a relay triggering the relay on with the stock fuel pump power wire is a great start and needed for any aftermarket fuel pump.

Once you exceed the stock fuel pump ability a popular option in the past was the Walbro 255, but we have found the newer 450 and 525 series Walbro pumps to be a great and quiet alternative. Keep in mind a large hotwired pump may overflow your stock fuel pressure regulator at idle. This can normally be tuned around, but keep in mind we have sometimes seen 60 PSI at idle using one of the large pumps and the stock FPR. A popular mod is to use an after market fuel pressure regulator.

We hope this article has been helpful and we have some recommendations for injectors below. You may go larger if you are not on the stock ecu.

*We are not able to offer discounts on every item due to MAP manufacturer polices.